41,905,000 Iraqi Dinar (approx. 35,000 USD) from the KRGNGO
office for basic demining course. Additionally MIR
received 22% of total cost of the course from the clearance
company that we recruited and trained deminers for them.

The predetermined results in our proposal were releasing about 80,000 m2 of hazardous land by
applying manual and mechanical clearance. Additionally to conduct battle area clearance for
approximately 75,000 m2 and destroy all found explosive items.
Quantitative and measurable outcomes linked to the targeted results are presented in the following
table.
With our moderate resource we were able to achieve rich quality products.This is significant
contribution to our main objective to have the country free from mine. In addition contribute to help
the country to meet the Mine Ban Treaty obligations.
Impact of our products could be accessed through the land use. The returned land is now freely
utilized for different activities. Besides, destroying the explosive items stand for preventing many
potential humanitarian castoffs

Achievement of the project as compared with the objective:

MIR’s overall objective (vision) is (A world where all communities are free from the harmful effects of
landmines and other explosive remnants of war and unhindered by such in their ability to access their
resources and develop their potential).
Based on the above vision, MIR shall prevent landmines and other explosive remnants of war from
impacting upon the communities, working to the highest levels of effectiveness, efficiency, and
quality.
Within the project period and with the support granted by Norwegian Ministry of foreign Affairs, MIR
organization through implementing humanitarian demining projects enabled to achieve the following
Achievements:

Extend to which the intended target group was reached:

Still millions of land mines and explosive remnant of war threaten lives and limbs in Iraqi Kurdistan, and impede economic recovery for the country. 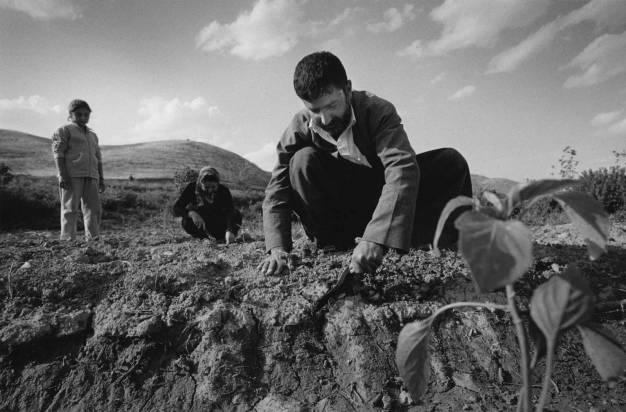 After making land release for their contaminated land, this family returned to their village.They are utilizing their cleared land for different types of agriculture. 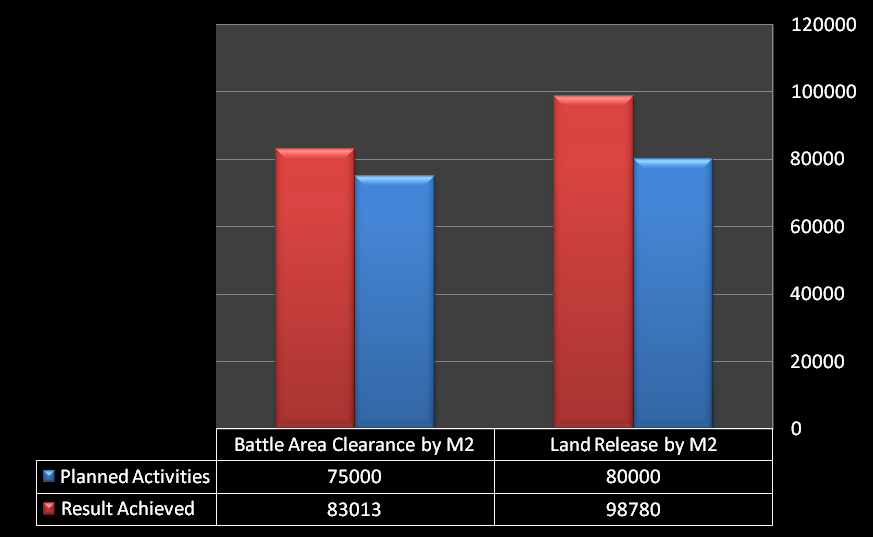 As shown in the chart above, MIR has achieved more than what was planned.This was mainly because of less downtime was expected.

Within project period MIR conducted and achieved the following activities:

As reported before, Gabarwa village is one of mine – contaminated village in
Mawat area. There are several minefields in and around the village.

MIR deployed a demining team in this village and conducted Land Release and Technical Survey .

Previously, we cleared two parts of this minefield. This year we finalized the last remained 22,000 m2 contaminated area.

On 20.10.2012 MIR demining  team started with new minefield in same village. Thefield is called Nse. On 09.07.2013 our finalized. 10,287 m2 released through technical survey Process. We found 3 Anti personnel mines with 6 unexploded ordnance items and we destroyed all the items.

During the winter season we relocated our capacity to Garmian area, south of
Sulemanyah where the weather is much friendly for our activities. Our team

On 10.04.2013 our team returned back to Sharbazher. We resumed operation in Nse minefield. On 10.07.2013 our team took on new minefield called  Goizhakay Mlay Khamza. This field belongs to Twaspy village located north – east of Sulaimanyah. The field has high priority because it is grazing area and the field benefits the around villages. Until end of September 2013 (7370 m2) land released by the team where 4 Anti personnel mines found and destroyed by the team

Summary of the results achieved:

Beside land release and technical Survey activities, we conducted many EOD and BAC tasks. The tables below shows BAC & EOD tasks that conducted by MIR team 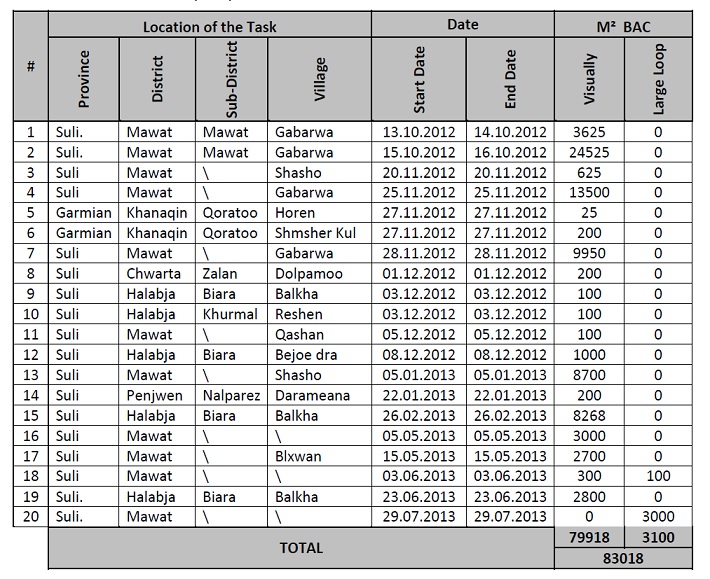